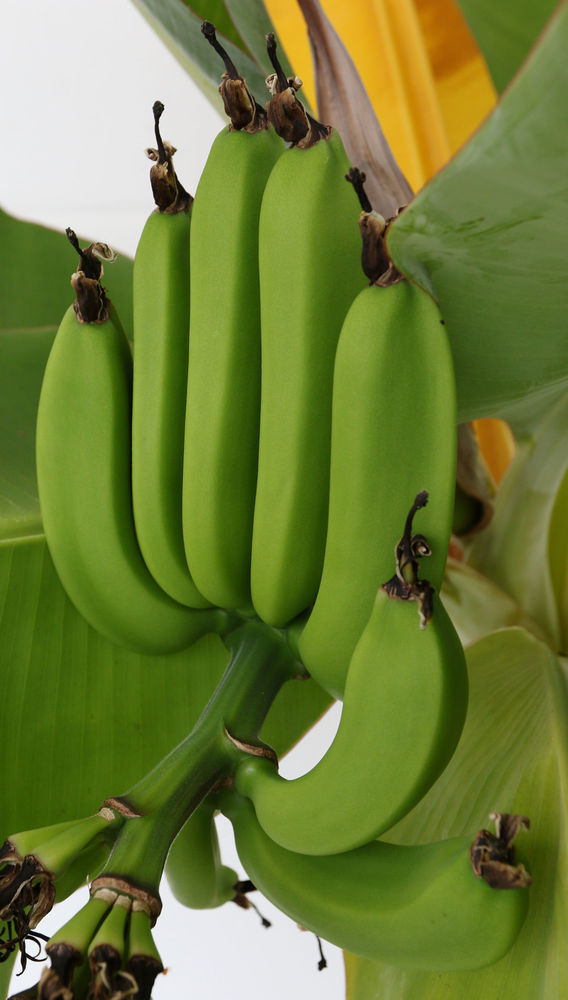 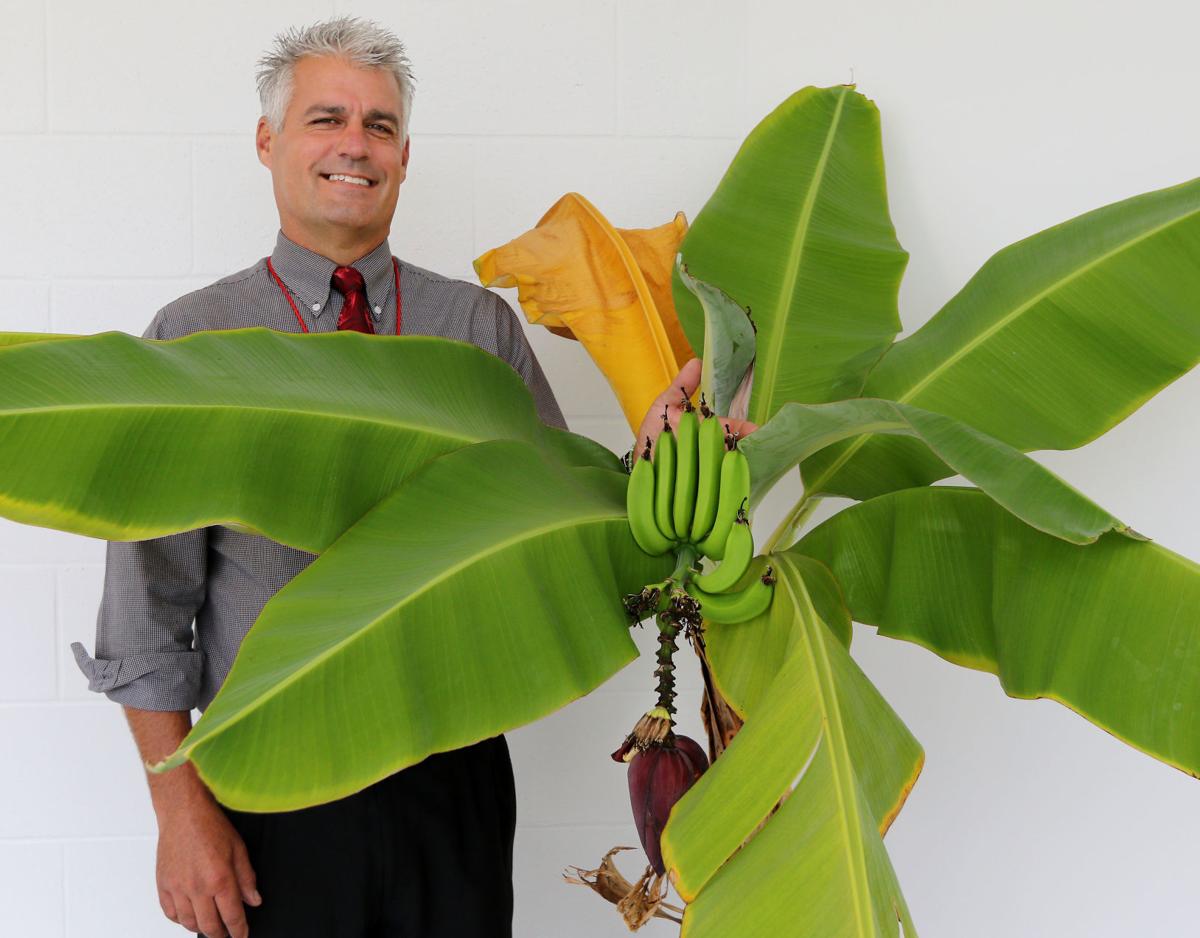 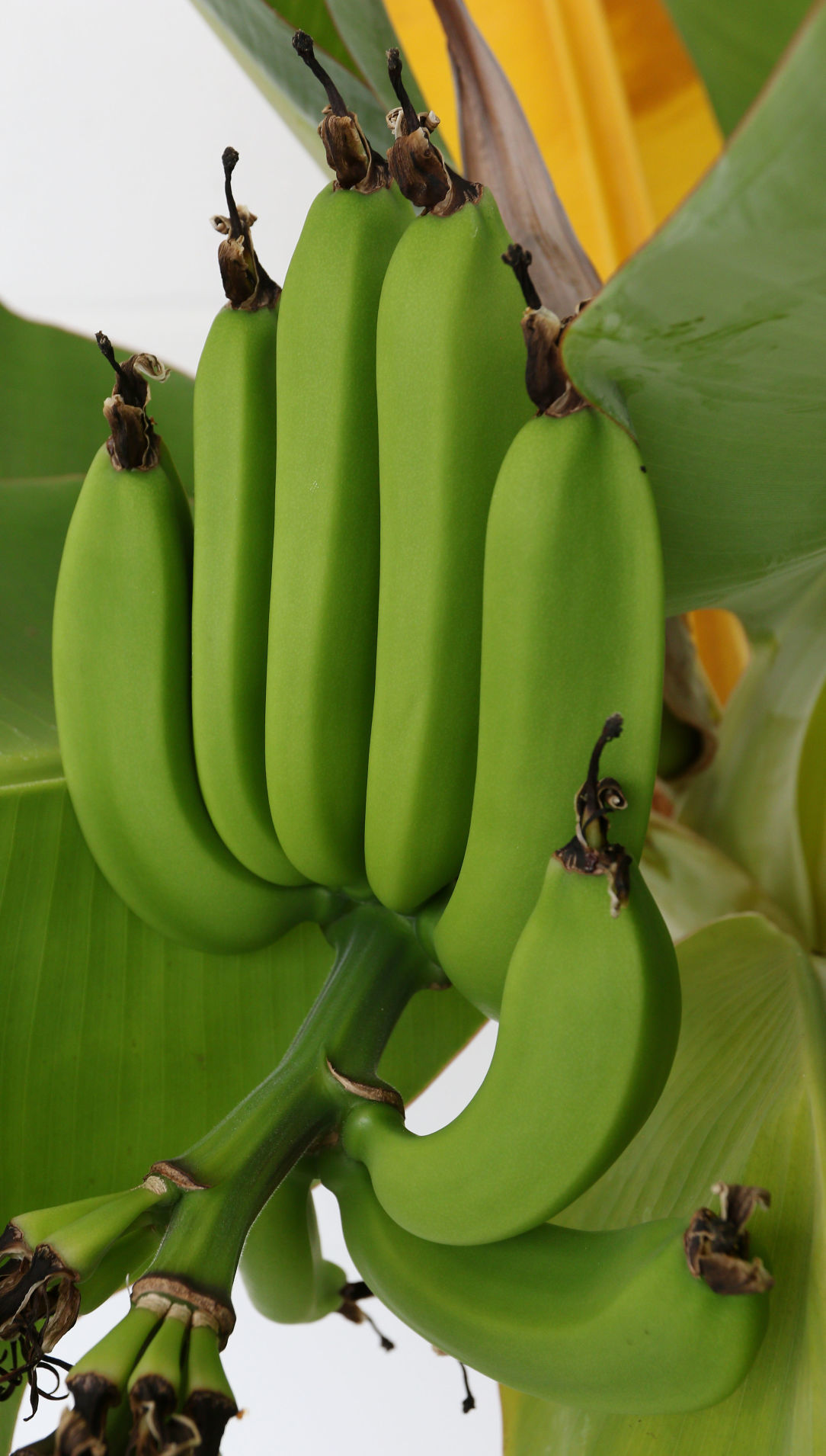 A banana tree is pictured growing inside the Eleva-Strum Elementary School Monday. 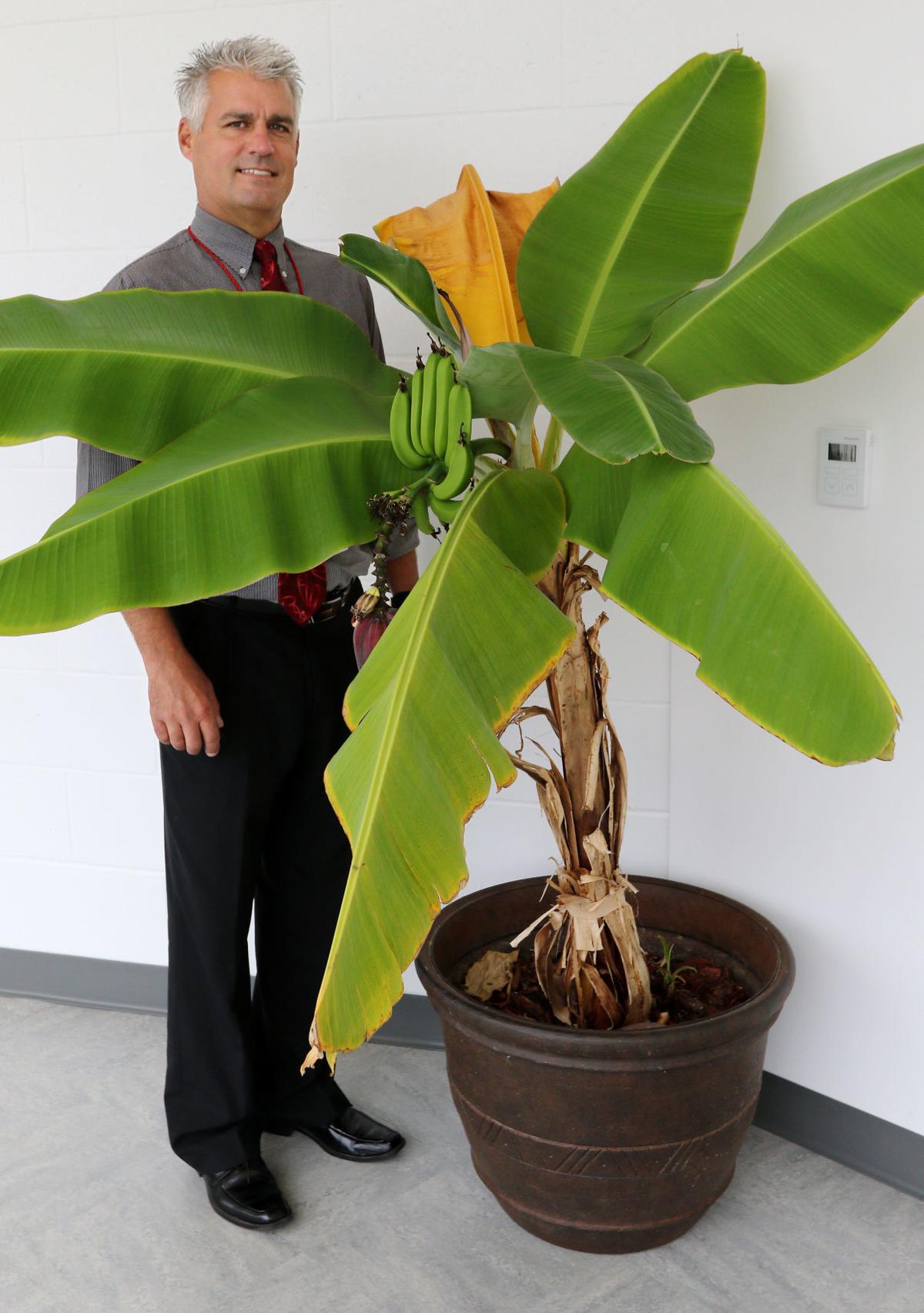 When Marty Kempf, then a fourth-grade teacher in the Osseo-Fairchild school district, set a tiny planter cup in his office in 2006, the plant inside it was just three inches tall.

Thirteen years later, the sprout is now a five-foot-plus tree sitting at an Eleva-Strum school — and for the first time, it’s sprouting bananas.

Kempf, now the principal of the Eleva-Strum Elementary School, isn’t sure if he has a green thumb, if he unintentionally put the tree in perfect growing conditions or a combination of both.

“I just cared for it and watered it periodically,” Kempf remembered. “I really didn’t do any research on how to take care of a tropical fruit plant.”

The tree was a gift from one of Kempf’s students in the Osseo-Fairchild district in 2006, he said. The student was moving to Nebraska, and gave Kempf the plant to remember her by, telling him it was a banana tree.

Kempf kept the plant in his office for several more years while he taught fourth grade, he said. When Kempf moved to the Eleva-Strum school district in 2010, the tree was about three feet tall, so he moved it to an elementary school’s entrance.

“I never thought it looked like a banana tree,” Kempf said. “I never had any fruit on it.”

Eight years later, in fall 2018, a pod finally formed on the back of the tree, but eventually dried and fell off.

But in January, the district combined Strum and Eleva elementary schools into one building, attached to the campus where the middle and high schools are built.

The banana tree found a new home in a hallway connecting the elementary, middle and high schools. The hall faces west and has glass paneling, Kempf said: “It’s got a lot of good light.”

The new growing conditions appeared to agree with the tropical tree. Every other day, Kempf or administrative assistant Sue Svoma would give the tree a half-gallon of water, he said. At the beginning of the summer, another pod sprouted.

“It looked like a little football, purple in color,” Kempf remembered. “We said, oh my gosh, this could be bananas.”

One day the leaves on the pod rolled back, revealing small green bananas. After more water and several weeks later, the fruit grew to about six inches long.

“(People walking by), they stop and take a look at it,” Kempf said. “It’s pretty neat because it’s very evident there are bananas.”

The fruit is still green, so the students and Kempf are being patient to open them, but experiments with the fruit are in the works, he said.

While Kempf doesn’t have an outdoor garden, he may have a talent for growing indoor plants, he admits: “I don’t know what it is, but I have multiple plants that I’ve been able to keep alive for a long period of time … but it’s kind of a fluke that in my mind that I was able to continue the process of the (banana tree) growing.”

Tropical plants can’t be grown outside year-round in Wisconsin, since they can’t survive the cold winters, said Shaun Christensen, floral designer at Christensen Florist and Greenhouses in Chippewa Falls.

Fruit trees require plentiful light — and plenty of time — before they’ll produce fruit, so many people don’t attempt to grow them in Wisconsin, Christensen said: “It’s not a plant that most people in their home can give enough light to produce fruit.”

A hallway with glass windows that offers lots of light — like the banana tree’s spot at the elementary school — is ideal, he said.

“The energy’s got to come from somewhere, and with plants it’s all about light. If they’re not getting enough light, there’s not enough energy to create that fruit,” Christensen said.

The greenhouse doesn’t get many requests for tropical fruit trees from their Chippewa Valley customers, but has sold dwarf citrus and banana trees in the past, he said.

Kempf is excited for his students to return to the elementary and see the new fruit.

“I always told the kids it was a banana tree, but I don’t think they ever believed me,” Kempf said, laughing. “Now I have proof it’s a banana tree.”